Long avoided by most tourists, South Africa’s townships are attracting more visitors than ever 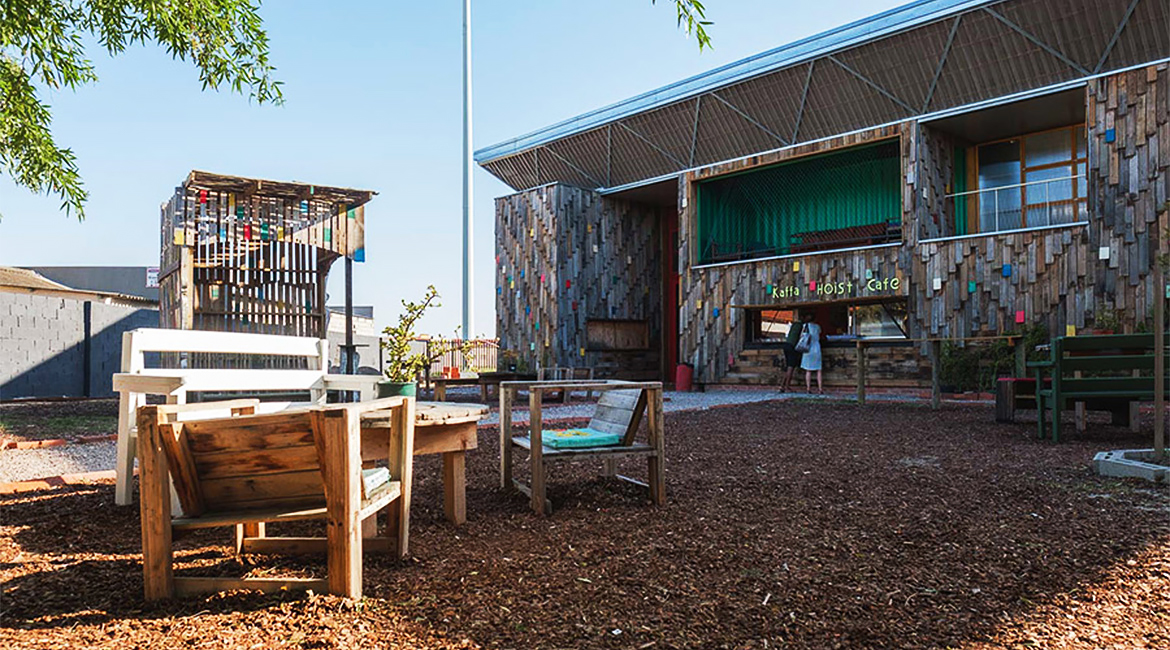 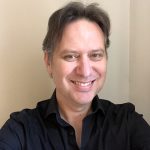 In an open field in Cape Town’s Langa township, a small group of children have invented a new game. Taking turns somersaulting onto mattresses piled on top of each other, their giddy laughter carries all the way to a nearby shebeen (bar), where homegrown sorghum beer is being passed around in big silver buckets. Round the corner, a row of sheep heads is roasting on an open fire – a township delicacy known as a ‘smiley’. The atmosphere around Langa is warm and welcoming; the energy in the streets unlike anything else you’ll experience in Cape Town. It’s a side to one of the city’s poorest areas – reserved for non-whites during the days of apartheid – that businessman Siviwe Mbinda is desperate to show the rest of the world. 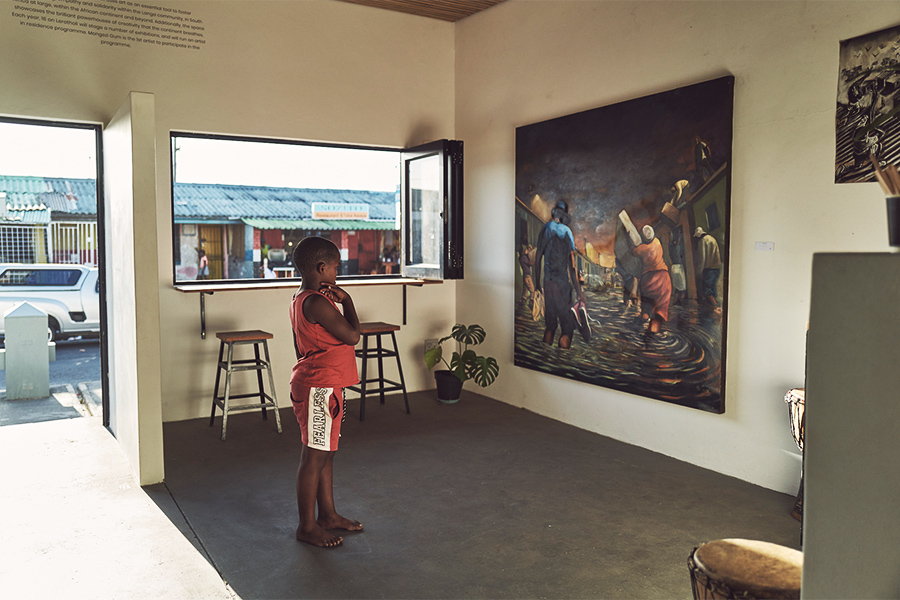 “A lot of people think townships are just these poor, crime-ridden places and don’t realise how vibrant the communities are,” says the founder of Siviwe Tours, which offers walking tours around Langa. “They are also places of hope, where people are working their way up to better things. And they are places where small businesses are blossoming. You see a lot of new coffee shops and restaurants popping up, while someone opened an art gallery (16 on Lerotholi) in Langa a couple of years ago. The face of townships is changing, and overseas tourists are noticing – numbers have gone up every season.” 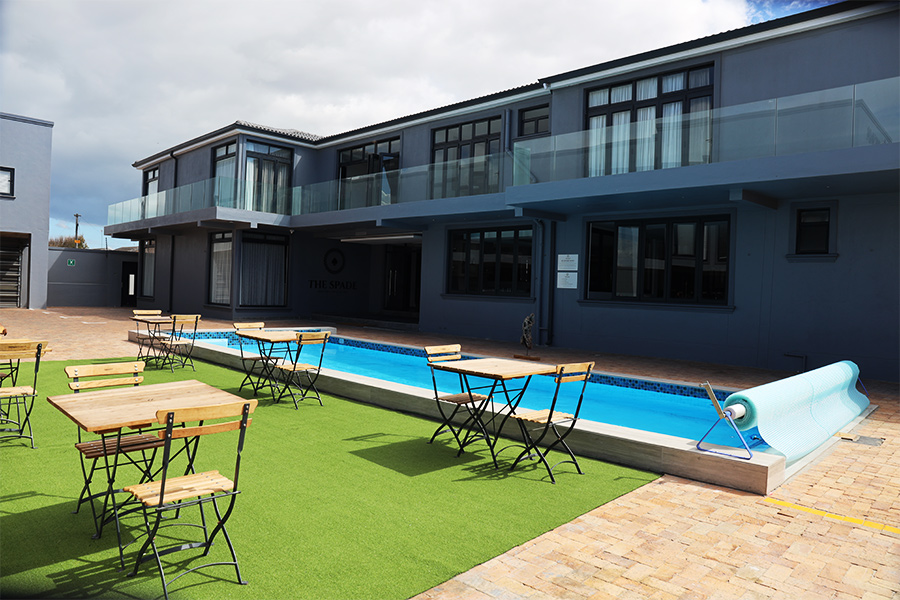 The alfresco pool at The Spade Boutique Hotel

The most eye-catching example of this ongoing transformation arrived in the city’s largest township, Khayelitsha, late last year. Launched with the slogan ‘Experience the other side of Cape Town’, The Spade is South Africa’s first luxury boutique township hotel and features 13 elegant suites, gold-coloured cutlery, funky original art on the walls and a spa. The enterprise is the brainchild of Annette Skaap, a flight attendant turned property developer who also owns a local nightclub and a number of restaurants with her husband Bulelani, popularly known as Ace Mabheka. While detractors mutter that a location in one of Cape Town’s more celebrated tourist spots would make more sense for a four-star hotel, Skaap is determined to give something back to the area where she grew up.

“Khayelitsha is home, I was raised here and my family still lives here,” she points out. “It has such diversity, a rich culture and a real entrepreneurial spirit. It has the sort of hustle and bustle that needs to be shared.”

Skaap was inspired to open The Spade by two places thousands of miles apart: Bali and Johannesburg’s Soweto township. “We travelled to Bali for a holiday and saw how it’s become a leading tourism destination by capitalising on its culture,” she says. “So, why not sell our authentic South African experience through township tourism? We also realised that, closer to home, Soweto is thriving on township tourism and wanted to do the same with Khayelitsha.” 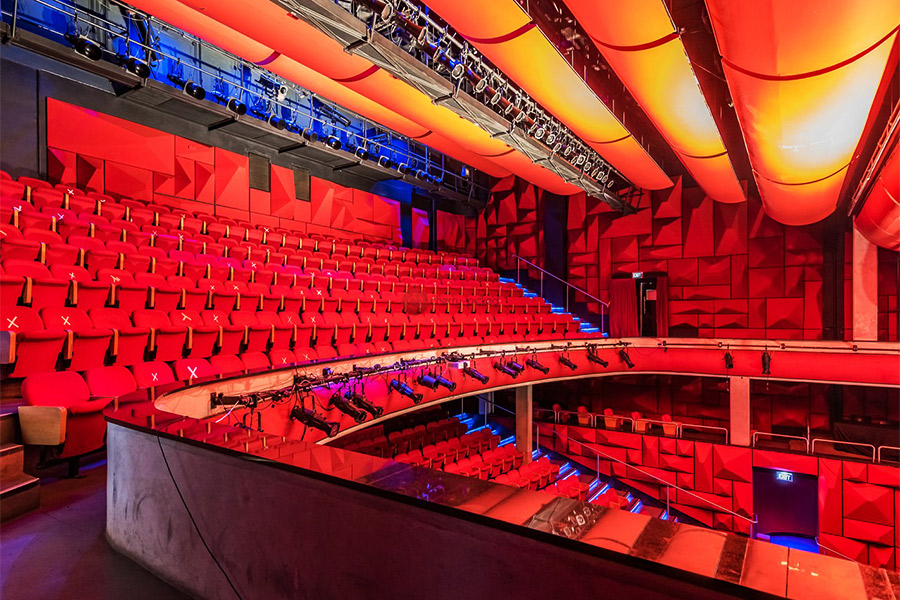 Soweto is indeed leading the way when it comes to township tourism. From the remarkable Soweto Theatre – an architectural marvel that looks like a collection of poufs and hosts the Soweto Fashion Week and Athol Fugard plays – to the brightly painted cooling towers of the disused Orlando Power Station, now one of the best places in the country to bungee jump, South Africa’s most famous township has worked its way onto many a bucket list. 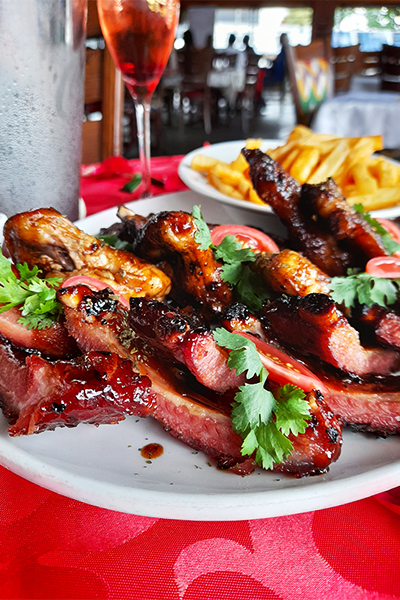 Soaking up the steady stream of international tourists is restaurateur Sakhumzi Maqubela, whose eponymous eatery sits on Vilakazi Street, the only avenue in the world to have produced two Nobel Prize winners – Nelson Mandela and Desmond Tutu. A neighbourhood favourite in every sense of the word, Sakhumzi has a well-placed tree to thank for its existence.

“My friends used to hang out near my house in the shade of this tree and when they got hungry, they would always drop by for some food,” Maqubela recalls. “There was always a lot of activity – to the point where tour guides would walk past and ask what was going on. I thought, I can’t have my friends visiting when I don’t feel like hosting. So, I started to charge for food.”

Maqubela’s lounge became a dining area which soon spilled over to the bedrooms and the rest of the house. Sakhumzi has since developed a reputation as a place to get a real taste of township grub – if your stomach is strong enough. Tripe – known locally as mogodu – is the standout dish on a meaty menu also featuring freshly-slaughtered chicken and ox liver. Starting with four employees, Maqubela has employed 110 workers since the restaurant opened, a number he’s particularly proud of.

“It means a lot that I’ve been able to contribute to my community and create jobs,” he says. “At the start I was inspired by Nelson Mandela, who said people must stop complaining about the problems in the country and do something about it, like tackle unemployment themselves. And, not only has Sakhumzi given jobs to a lot of people, but it has also inspired other restaurants to open in Vilakazi Street. I’ve always been happy to help them by supplying a cook or giving advice, because if we work together, we can really make a difference.”

Being an artist in South Africa is quite stressful, especially when you live in a township in a country that has the biggest gap between the poor and the rich. 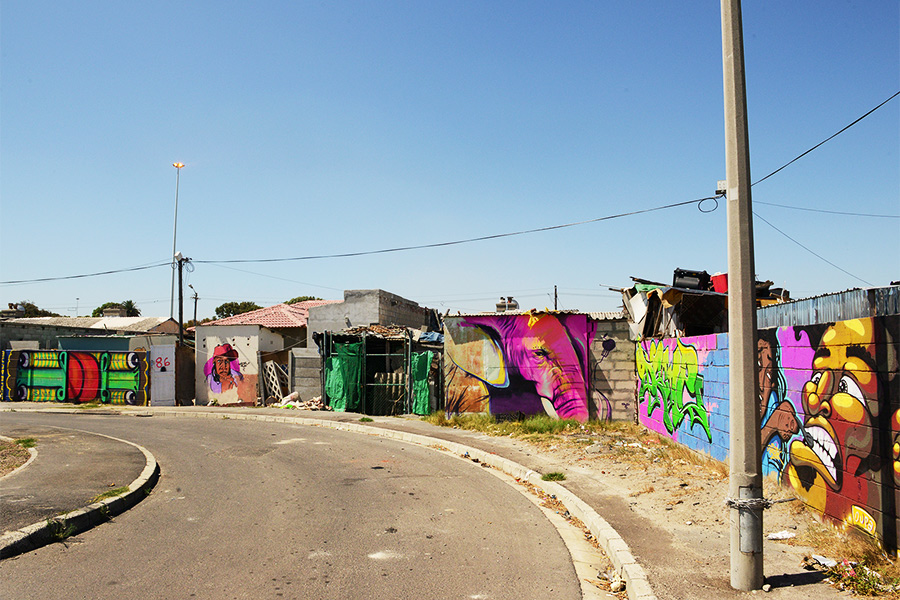 South Africans call this sense of togetherness ‘ubuntu’ and it’s a philosophy shared by Siphiwe Ngwenya, a fellow Joburger and the founder of an initiative transforming townships through art. The Maboneng Township Arts Experience turns township homes into galleries to lure tourists into areas they wouldn’t normally go, giving young artists the opportunity to exhibit their work. It’s a non-profit organisation that was born out of Ngwenya’s own frustrations as a multimedia artist.

“Being an artist in South Africa is quite stressful, especially when you live in a township in a country that has the biggest gap between the poor and the rich,” he says. “When I finished school, I wanted to become an artist, so I went to a gallery and was told it was going to be two years before I could exhibit. I remember walking back home for two hours and thinking – I’m just going to exhibit my art in the streets of my own township, Alexandra. That led to neighbours offering to show my work inside their homes and, through word of mouth, it spiralled into an ongoing tourism thing with people asking for the exhibit to be extended when they saw how beautiful it was.”

Taking its name from the Sesotho word that means ‘place of lights’ – a nickname the residents of Alexandra gave to their township after finally getting electricity – Maboneng Township Arts Experience has branched out rapidly, with home exhibits taking place in Cape Town and regular art shows being staged across the rest of the country. “Homeowners come to us asking if they can be galleries and artists contact us all the time to exhibit their work,” says Ngwenya. “We have a lot of interest from artists overseas who want to show people their work in this unique setting.” 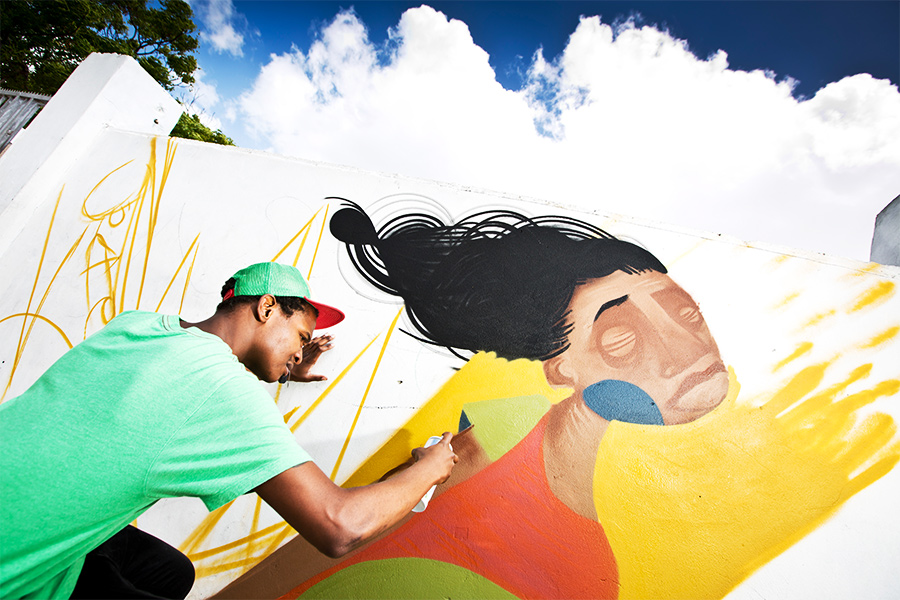 For township residents, becoming a gallery is a life-changing experience. Once a home has been selected, the Arts Experience goes to work to make the space as inviting as possible for local art-lovers and tourists.

“We beautify homes, right down to fixing the plumbing,” says Ngwenya. “Before a home becomes a gallery, we also do a lot of training for homeowners, guides, security guards and catering. Most of the galleries are led by elderly women who just love the fact that people are coming from all over the world into their homes, not to see poverty but to experience the excellence of the culture where people live.”

The best way to see a township art exhibition is to join a guided Arts Experience tour, with fees ploughed straight back into townships. “By using a local operator, the money is spread over so many people who all play a role in staging the exhibit,” Ngwenya points out. “Having the whole community involved builds social bonds, which in turn builds a social security. Our murals on the outside walls are never vandalised, the artwork is protected and the people who travel and come to see the homes are protected.” 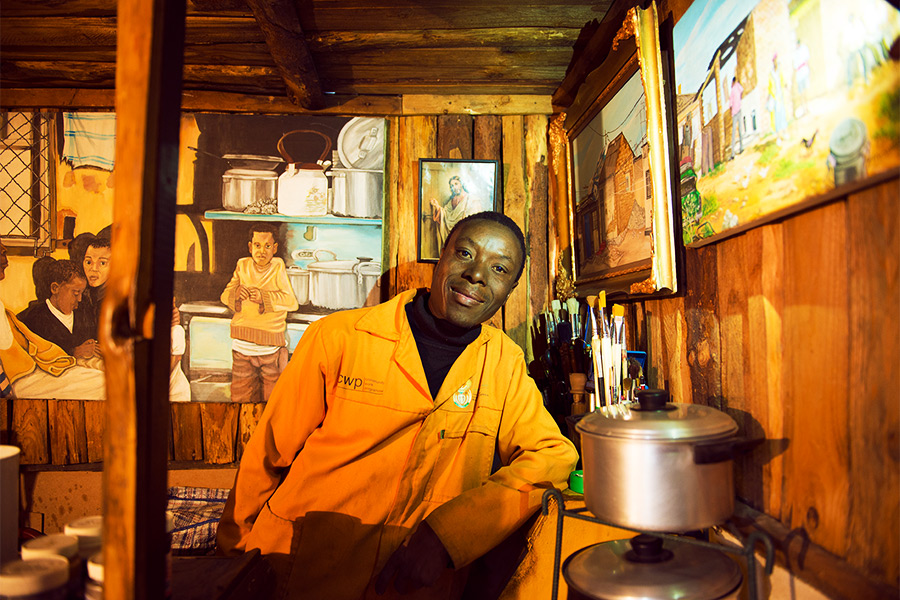 Back in Cape Town, Siviwe Mbinda agrees wholeheartedly that the changes happening in townships should be driven from within. “It’s crucial that tour operators are locally owned and locally operated, so the money flows back into the township,” he says. “But it goes further than that – local tour operators and businesspeople can act as an inspiration to young people in the townships. It’s important for them to see that entrepreneurial spirit.” 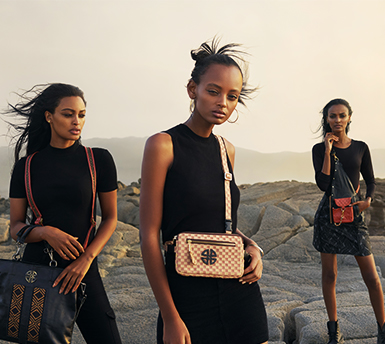 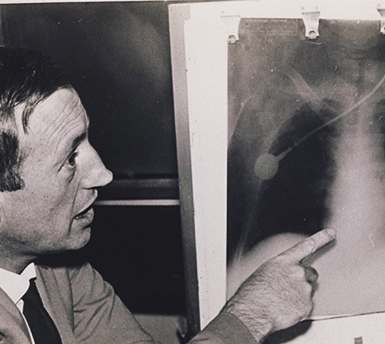