Ticked off the Garden Route? Head straight for one of these five lesser-known but incredible drives 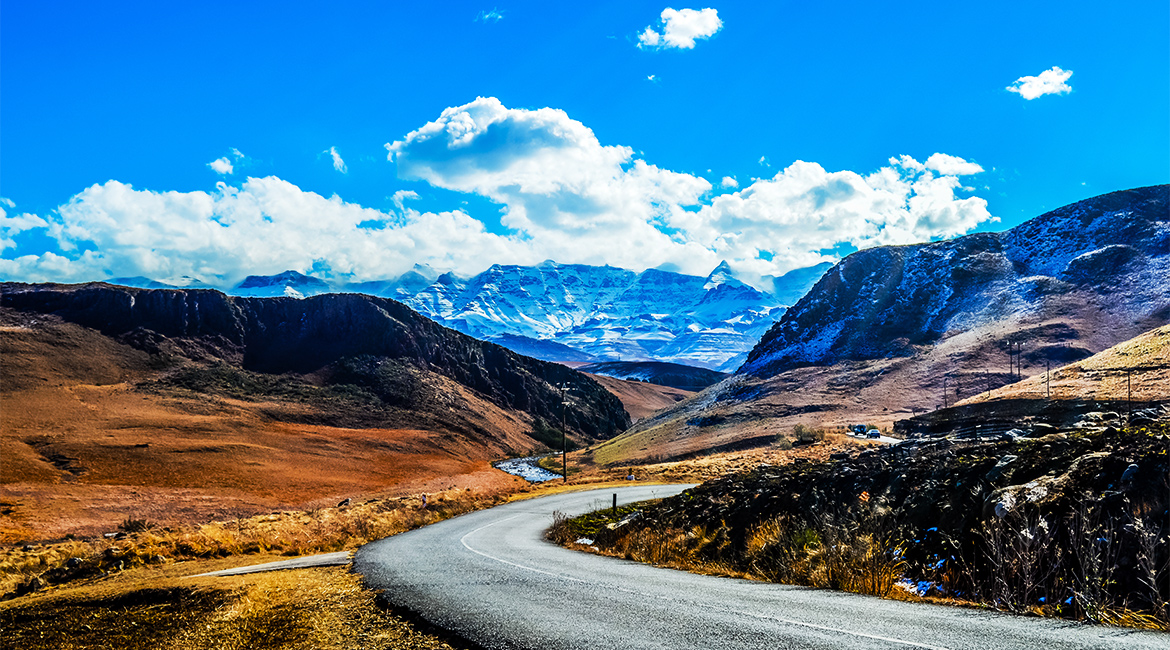 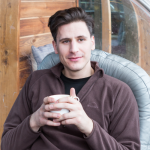 Adam is an award-winning travel writer from York in England. He has worked for The Sunday Times Travel Magazine and is now editor of NewsAfrica.

Every tourist combines a visit to Cape Town with a trip along the Garden Route, a 124-mile stretch of road on South Africa’s southern coastline (running from Storms River in the Eastern Cape to Mossel Bay in the Western Cape) that’s become a world-famous road trip route.

But while the Garden Route’s pine-fringed roads and cutesy tourist towns are not to be missed, South Africa is full of even more dramatic (and sight-filled) road trips waiting to be discovered. From the waterfalls and escarpments of the Panorama Route to the cliffs and mist of the Wild Coast, these five drives equal anything the Garden Route has to offer. 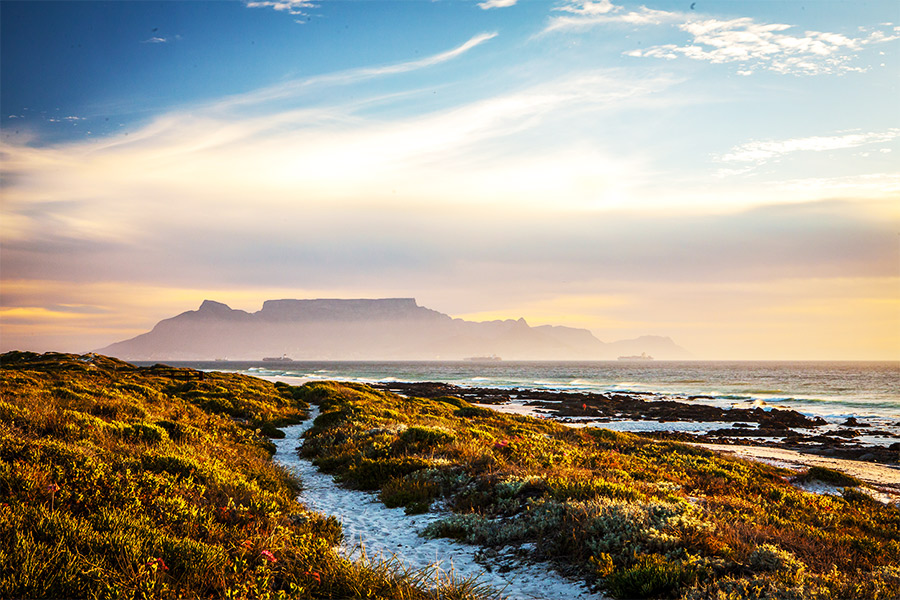 Table Mountain seen from Bloubergstrand, looking as epic as ever / Image: Getty Images

Rather than heading east out of Cape Town to pick up the Garden Route, follow the weekending Capetonians two hours north to Paternoster, a whitewashed fishing village-turned-artist commune on the rugged Atlantic coast. Here, you’ll come within a flipper’s splash of penguins, dolphins and fur seals on a guided kayak safari along the coast, and eat ten courses of seafood using just your fingers (or an optional shell) at Langebaan’s famous open-air, bring-your-own-drinks restaurant, Die Strandloper.

The drive itself is very much part of the draw of this getaway, taking in that iconic shot of Table Mountain from across the bay in Bloubergstrand. But don’t take the coast road both ways. The interior route, along country lanes lined with orchards, olive groves and pretty Dutch Reformed chapels, is just as stunning, if not quite as iconic. Stop for chocolate-olive snacks at the Olive Boutique in Riebeek-Kasteel or try five wines for less than £2.50 at the award-winning Allesverloren vineyard in neighbouring Riebeek West. 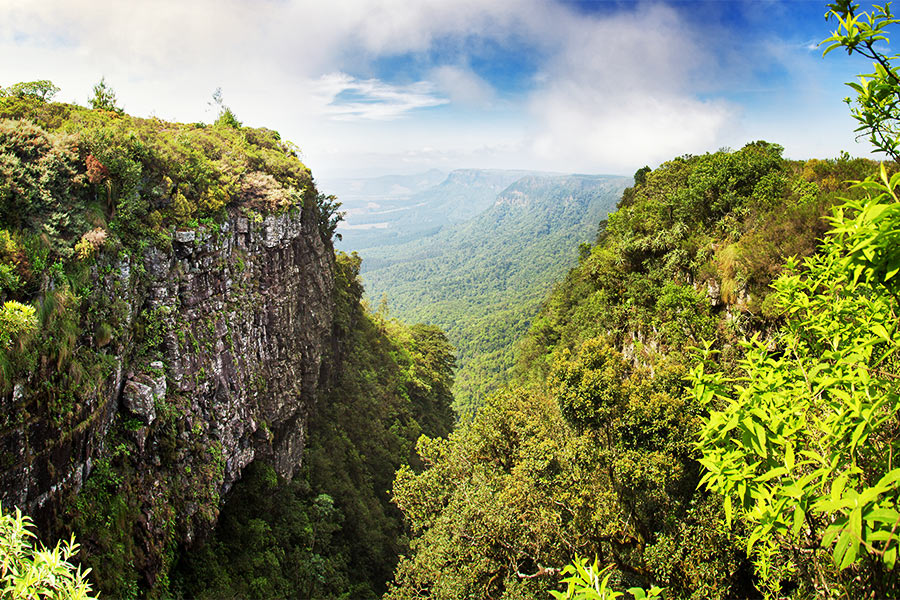 You’ll find the world’s third-largest canyon less than half an hour west of your game lodge in Kruger National Park. It takes three hours to drive from Hazyview in the south, with its rope bridges, cableways and canyon-spanning zipline, to the Grand Canyon-like outcrops of the Three Rondavels in the north, but you’ll need at least a full day (or three) to tick off all the sights before heading back to Johannesburg, four hours west.

Top of the agenda should be God’s Window and its half-mile-high clifftop panoramas over forests and clouds. You’ll also stop at dramatic waterfalls, like Lisbon or Berlin, as you wend your way along mountain passes to Bourke’s Luck, a series of honey-coloured potholes carved by the rapids and eddies of the Blyde River. It looks like something from a Western movie, which is quite apt, given the area’s gold-rush history. You can still pan for gold at the old prospecting town of Pilgrim’s Rest and even spend the night at one of its old saloons or lodgings, which have been frozen in an early-20th-century time-warp. 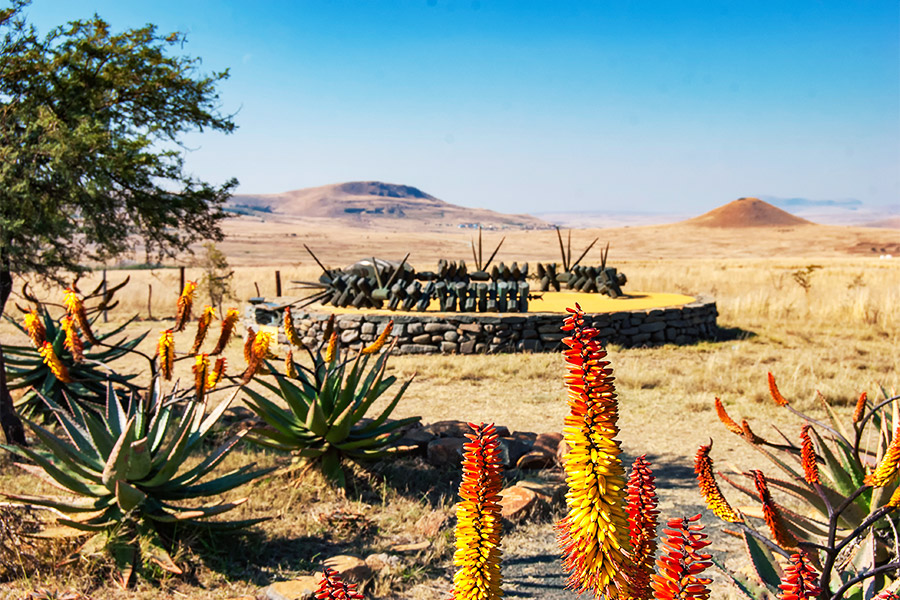 The site of the Battle of Isandlwana / Image: Adobe Stock

This 1,000km route through the sub-tropical KwaZulu-Natal province will see you travel from Durban to the vast, hippo-filled iSimangaliso Wetlands, before heading inland to the heart of the Zulu kingdom. You’ll visit the rhino-stuffed Hluhluwe-iMfolozi Park before arriving at Rorke’s Drift and Isandlwana, the two blood-soaked battle sites immortalised in the films Zulu and Zulu Dawn. The guides will have you rapt, as they bring the gory 19th-century clashes to life.

At Dumazulu, near Hluhluwe, you’ll learn more about the tribe that almost brought the British Empire to its knees, while on the drive west, you’ll visit the battlefield of Spion Kop, where yet another group, the Boers, nearly toppled the British, too.

Like the history, the scenery in this part of South Africa is varied and dramatic, transporting you from the marshland and game-filled bush of the east, through interior roads lined with pineapple plantations and traditional kraals (villages), to the pine-clad Midlands Meander, and the spear-like Drakensberg mountains beyond. 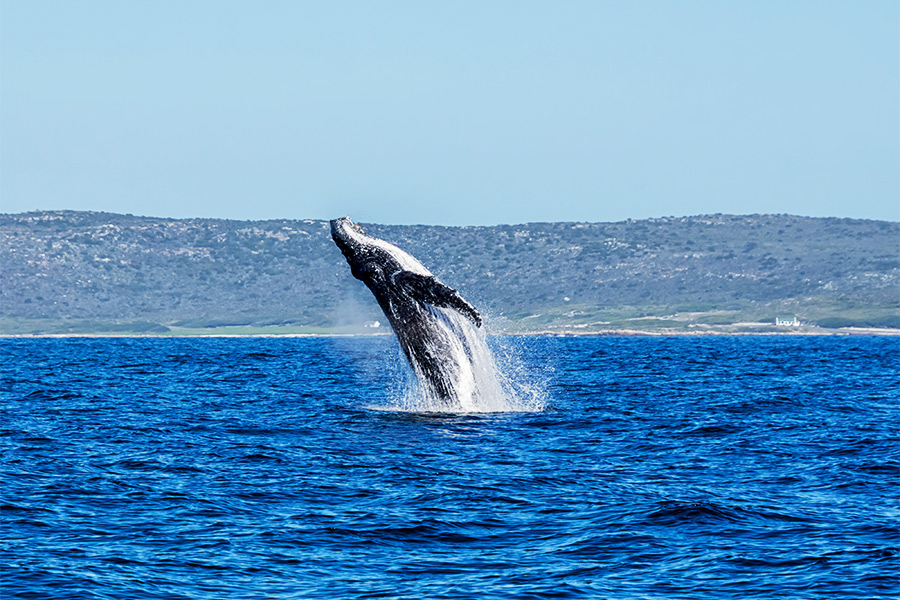 Some humpback whales are easier to spot than others / Image: Adobe Stock

You’ll be tracked by whales on this three-hour drive to Africa’s most southernly point. Hundreds of southern right whales migrate to the waters between Cape Town and Cape Agulhus to mate and give birth between June and December, and are easy to spot from the high mountain passes that hug the coast. They swim within inches of the shore at Hermanus, an old whaling town filled with galleries, craft stalls and kooky shops selling handmade clothes.

Elsewhere along the route you’ll come ankle-to-beak with over 3,500 tiny African penguins at the old whaling station at Betty’s Bay. While at nearby Gansbaai you’ll find yourself nose-to-nose with great white sharks if you stop for a mid-drive dip; adrenaline junkies come from all over the world to shark cage dive with these 4.5-metre-long giants and their five rows of razor-sharp teeth. 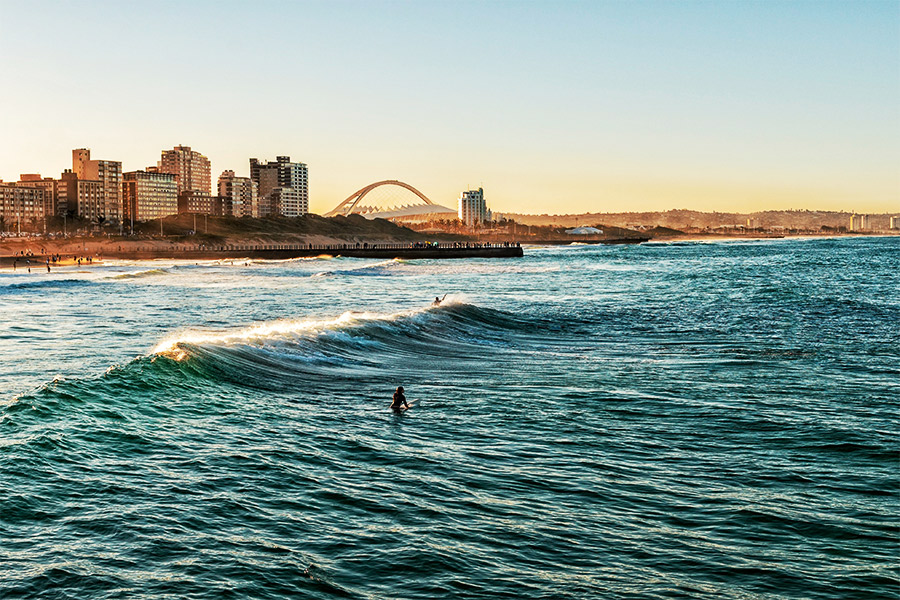 If you end up driving the Garden Route, make sure you do the Wild Coast, too, which carries on from where the Garden Route finishes. Stretching from Port Elizabeth (Gqeberha) on the southern coast to Durban on the east, this 1,000km route is the antithesis of the touristy Cape Town-Port Elizabeth itinerary. The Wild Coast’s draws are its rambles along storm-battered cliffs and adrenaline-fuelled days surfing the swells of Coffee Bay.

This region is also prime wildlife-spotting territory. After leaving Port Elizabeth, you’ll first pass through the safari parks encircling Grahamstown (Makhanda) before joining the dolphins doing the ‘sardine run’ up the east coast. The waters here foam with life between February and August, as thousands upon thousands of dolphins descend on the millions-strong shoals of migrating sardines. At Port St Johns, you’ll spot whales, diving birds and game fish chasing the oily shoals with the dolphins. Further up the coast, meanwhile, you’ll ditch wild ocean for languid river, as you water-ski and jet-ski along the Mtamvuna at Port Edward, before ending your action-packed adventure on Durban’s golden sands.

The Google Map below shows all five of the routes above. Zoom in for more detail and click the icon in the top left for a list of sights and attractions you’ll find along the way.