A super-quick guide to Chicago

A super-quick guide to Chicago

Premium baseball games, enlightening museums and a whole new world of pizza construction – Chicago has a lot going on... 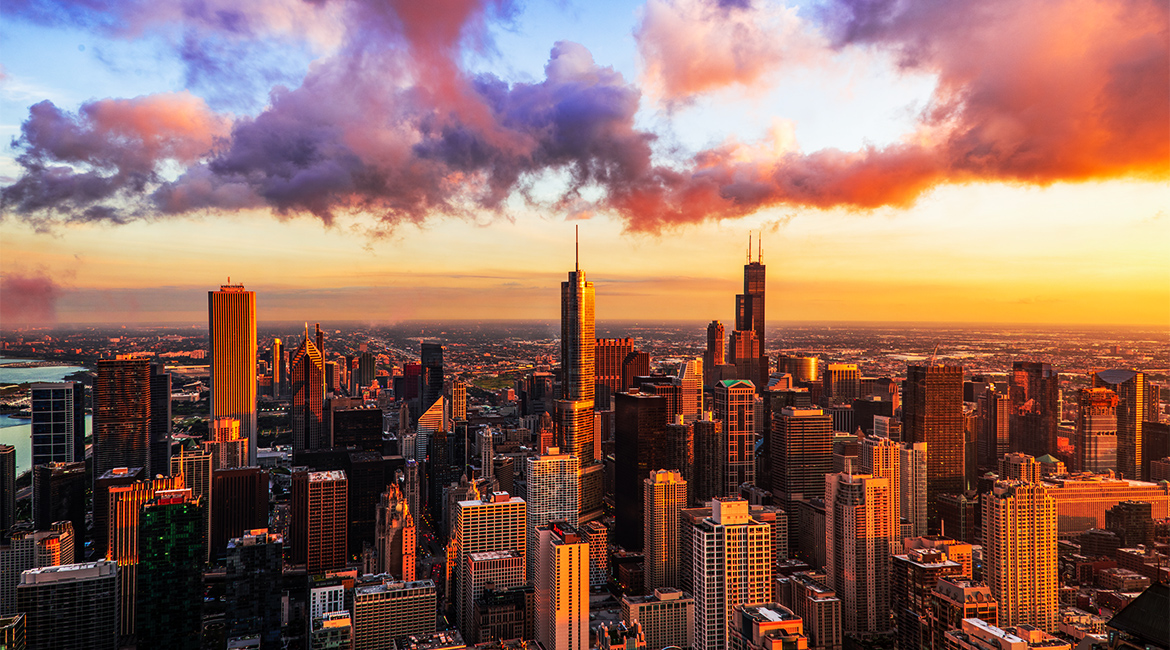 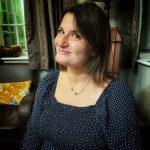 Evidenced by its towering skyscrapers and its devotion to its beloved sports teams, Chicago is a city built on both work and play. Add in museums, comedy, dining, the largest lake in the country and some of the nicest people around, and you have a city that is made for having fun. It’s well worth branching out of the centre to some of the unique neighbourhoods – there are 77 in total – to discover Chicago’s rich history and live like locals do. One thing’s for sure: a trip to the US’s ‘second city’ is anything but second-rate. 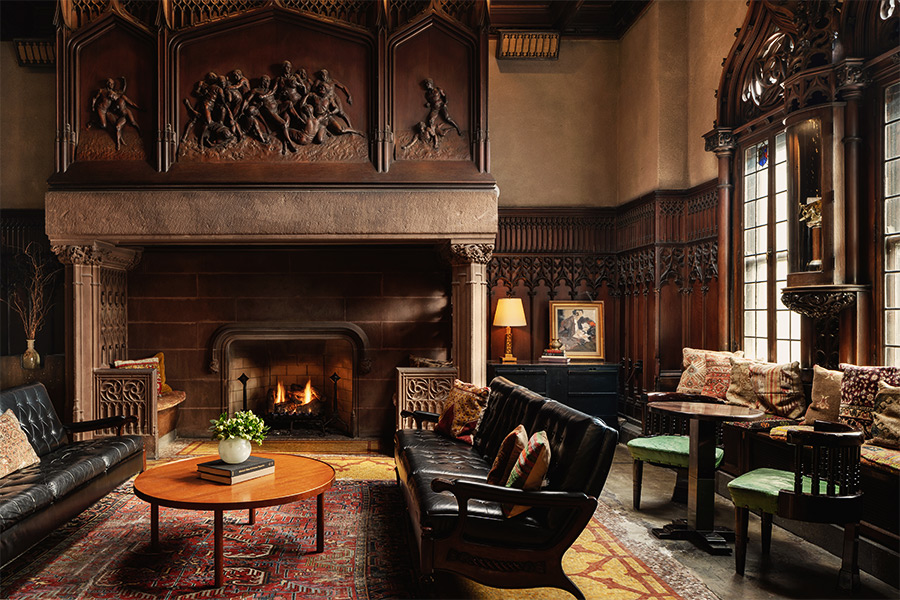 Once an exclusive hangout for the elite, the Chicago Athletic Association maintains that ‘member’s club feel’ as a top-notch hotel. The atmospheric Gothic architecture (think carved stone and wood panelling, with playful nods throughout to its athletic past) makes for a stay that is uniquely Chicago. Speak to the front desk about getting reservations to Cindy’s, the hotel’s rooftop bar and restaurant: it’s notoriously hard to get into. 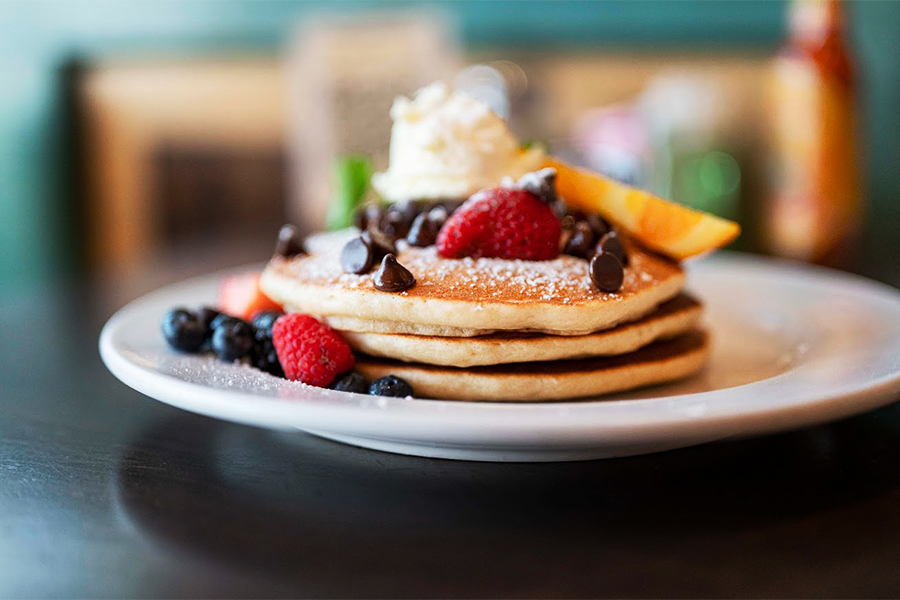 An inclusive brunch spot in Uptown, Tweet is a firm favourite amongst Chicagoans. Its extensive, mostly organic menu features benedicts, omelettes and southwestern-style favourites. Whether you’re blowing away the cobwebs from the night before or starting the day as you mean to go on, the Bloody Marys in vintage-style Tiki glasses are sure to delight.

Colourful creations at the Mile of Murals / Image: Rachel Bires

No filter needed at the Mile of Murals, an ambitious community art project in North Side neighbourhood Rogers Park, tapping into the history of the area and its residents. With themes such as resilience, interconnectedness and the digital world, it’s as thought-provoking as it is photogenic. 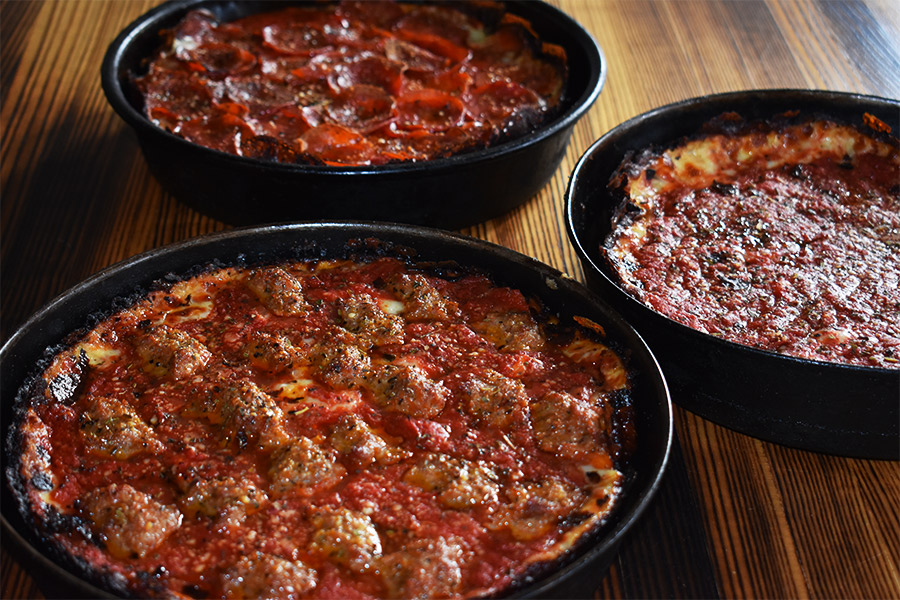 Chicagoans are proud of doing things their way and no trip to the city is complete without at least one classic ‘Chicago-style’ eat. For iconic deep-dish pizza – where the cheese and toppings go under the tomato sauce – try Pequod’s Pizza and its famous caramelised cheese crust. Or top your hot dog the local way with mustard, onions, tomatoes and pickles galore – just don’t add ketchup! Meanwhile, Harold’s Chicken Shack serves fried chicken to the devoted – including the city’s hip-hop elite – throughout the city. Only feeling snacky? Pick up some Garrett popcorn. Its signature mix of cheddar and caramel is the perfect combination of savoury and sweet. 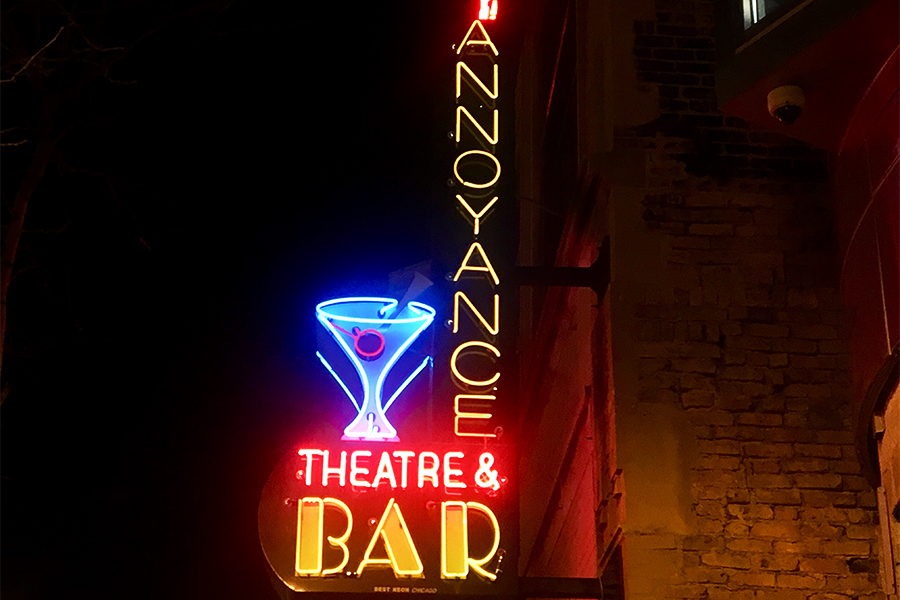 LOLs galore at The Annoyance

Chicago’s comedy scene has produced some big names over the years, with the likes of Bill Murray, Stephen Colbert, Tina Fey and Bernie Mac (to name but a few) starting their careers in the city. The Annoyance Theatre, which has a unique approach to improv, puts on innovative, irreverent shows six nights a week. Stop-in for some laughs and to discover comedy’s future big-hitters. 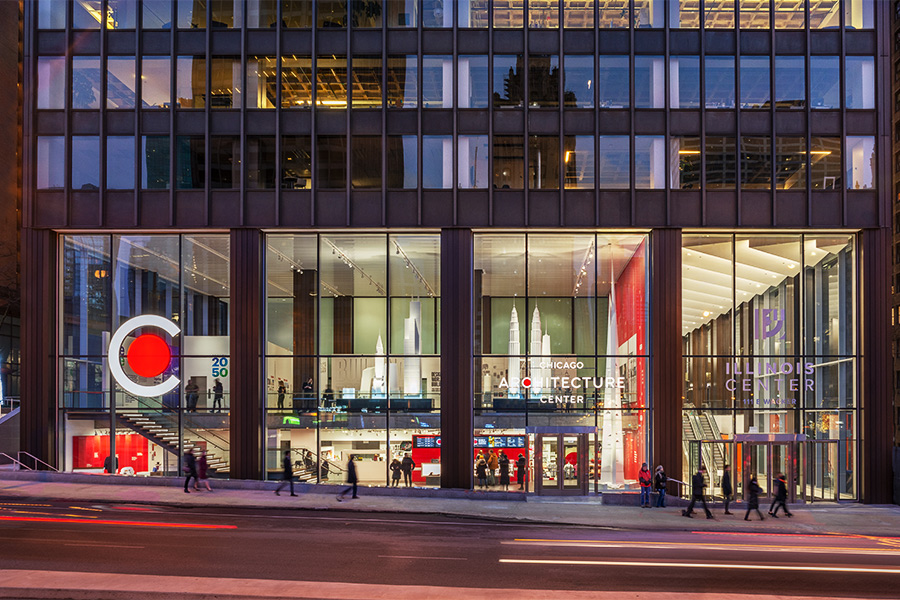 Get smart at: the Chicago Architecture Center

Whether you’re an architecture aficionado or don’t know a frieze from a facade, visit the Chicago Architecture Center to find out about the city’s architectural history, before joining one of the Center’s tours to see the buildings first-hand. The river cruise is a popular option, with walking, bus and ‘L’-train tours also available. 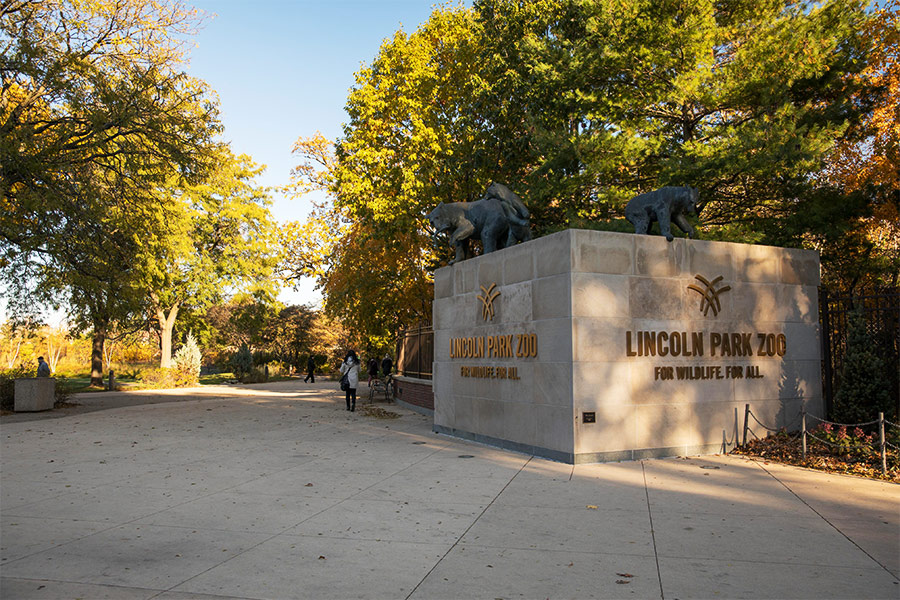 The second largest of the Great Lakes (by volume), you couldn’t miss Lake Michigan on a visit to Chicago even if you tried. Take a jog along the miles of paths or visit one of the beaches for summertime volleyball and a dip. Year-round attractions include Lincoln Park Zoo, Navy Pier and the city’s major museums. Another highlight is the popular Millennium Park and its famous Cloud Gate sculpture, offering plenty to entertain everyone. 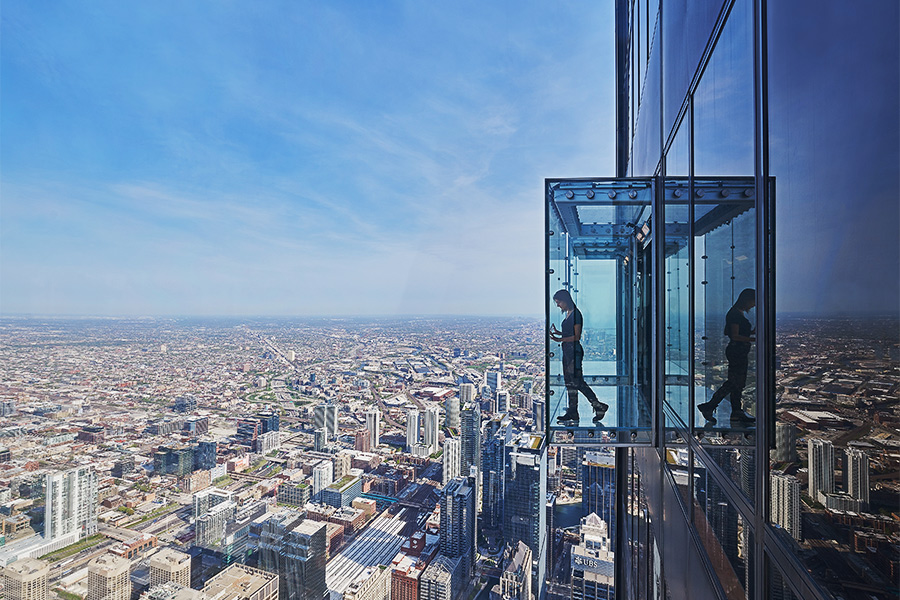 Not for vertigo-sufferers: Skydeck Chicago

Get a different perspective on the city from one of Chicago’s towing skyscrapers. At 412 metres, the Skydeck and its glass-bottomed viewing platform at the Willis Tower (formerly the Sears Tower) is the highest public viewing area in the United States. Nearer the lake, try 360 Chicago where, in addition to the 314-metre-high viewing platform, you have the option to ride TILT, a glass-fronted compartment that leans you face-first over the street below! 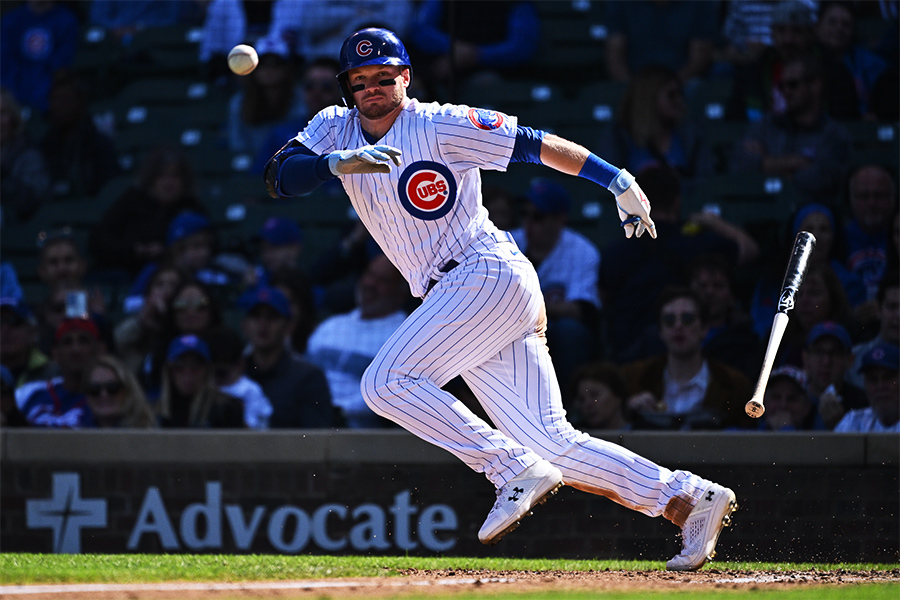 Watch this: the Cubs at Wrigley Field

Take me out to the ballgame: a trip to the iconic Wrigley Field to see the Cubs is the perfect way to soak up the great American pastime. Not visiting during baseball season? Chicago takes its sport seriously and boasts teams for all the big American sports leagues, including the Blackhawks (NHL), Bulls (NBA), Bears (NFL) and Fire FC (MLS – Major League Soccer). 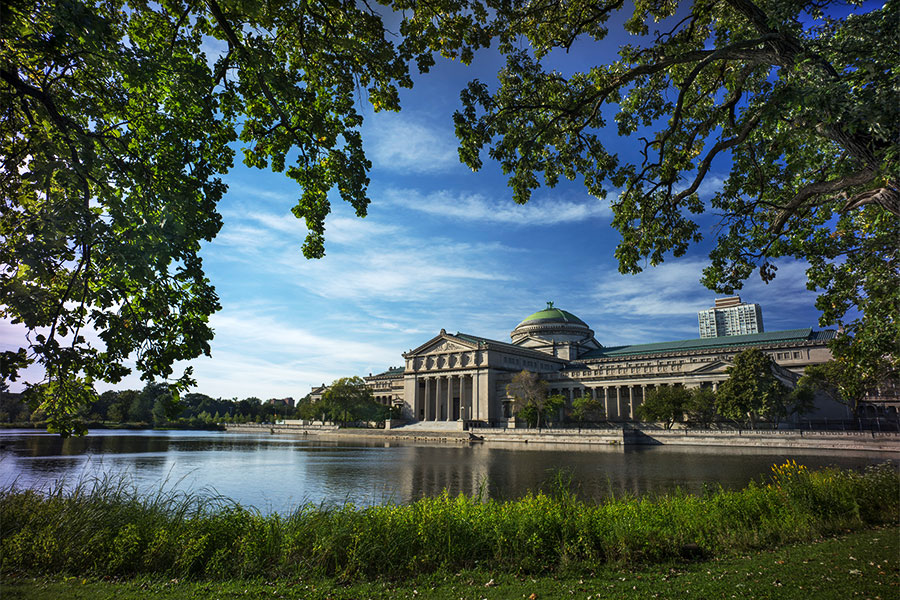 The South Side neighbourhood of Hyde Park has a little bit of everything Chicago. Start at the lakefront and the Museum of Science and Industry, before heading to 53rd Street for shopping and dining – don’t miss cafeteria-style Valois Restaurant for classic American comfort food. Go south to find renowned architect Frank Lloyd Wright’s Robie House, continuing on to the University of Chicago. There’s plenty to see on this vibrant campus, including Gothic architecture and the site of the first self-sustained nuclear reaction. Top up your own energy at one of the student-run coffee shops, taking 57th Street to the DuSable Black History Museum. Finally, circle back to 55th Street and University Avenue for a well-earned drink at Jimmy’s/Woodlawn Tap, a dive bar catering to locals and university types alike.