A local’s guide to Table Mountain

A local’s guide to Table Mountain 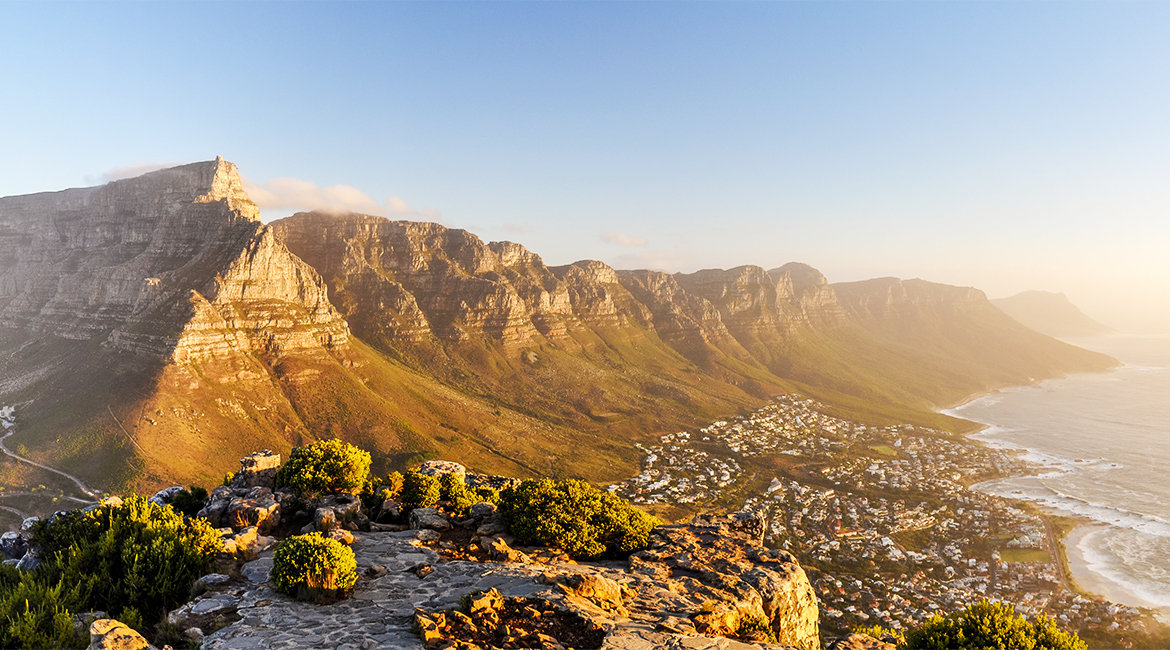 On any visit to Cape Town, South Africa, it’s all but impossible to ignore the Table Mountain National Park. Towering a kilometre above the city’s iconic beaches, the mountain range stretches from the bustling downtown district to the tip of Cape Point. It’s a green lung for the city, an oasis for wildlife and a playground for locals and visitors alike.

For centuries before the first European sailors stepped ashore here, the indigenous tribes of the region had revered the vertiginous slopes of the mountain. The Khoisan people called this area ‘Camissa’, ‘the place of sweet waters’, and knew the main massif simply as ‘Hoerikwaggo’, loosely translated as the ‘mountain in the sea’. 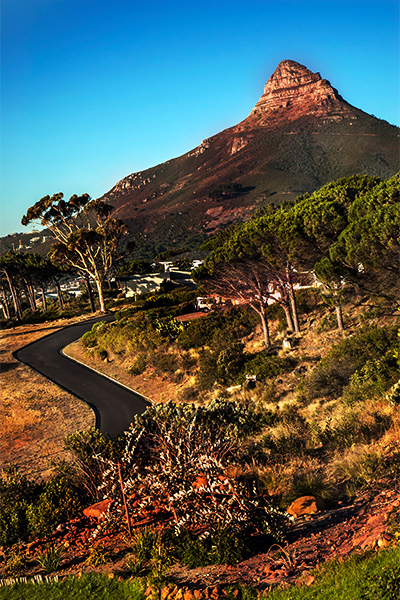 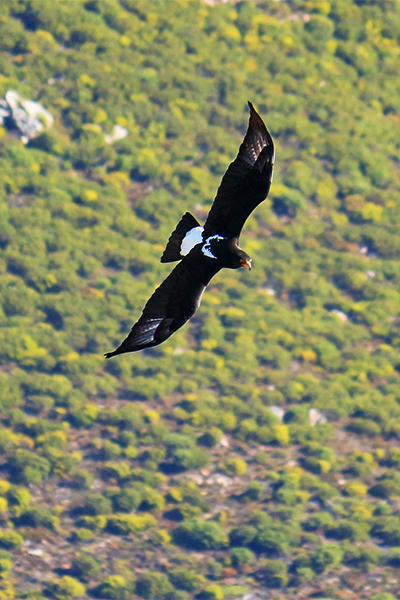 It’s an ancient name for an ancient mountain, for the honey-coloured Table Mountain sandstone was laid down more than 500 million years ago, and alongside outcrops of granite and layers of shale, it’s a geologist’s dream.

Table Mountain is also an integral part of the Cape Floral Kingdom, the smallest and richest of the world’s six floral kingdoms. It’s the only Floral Kingdom contained within a single continent, plays host to around 9,000 species, and was inscribed as a World Heritage Site in 2004.

That floral biodiversity creates a rich ecosystem for an astounding array of wildlife. Across the mountain, walkers may encounter the striking caracal – a medium-sized wild cat – as well as troops of chacma baboons. In quiet valleys on the higher slopes, keep an eye on the ridgelines for skittish klipspringer, a small fleet-footed antelope. 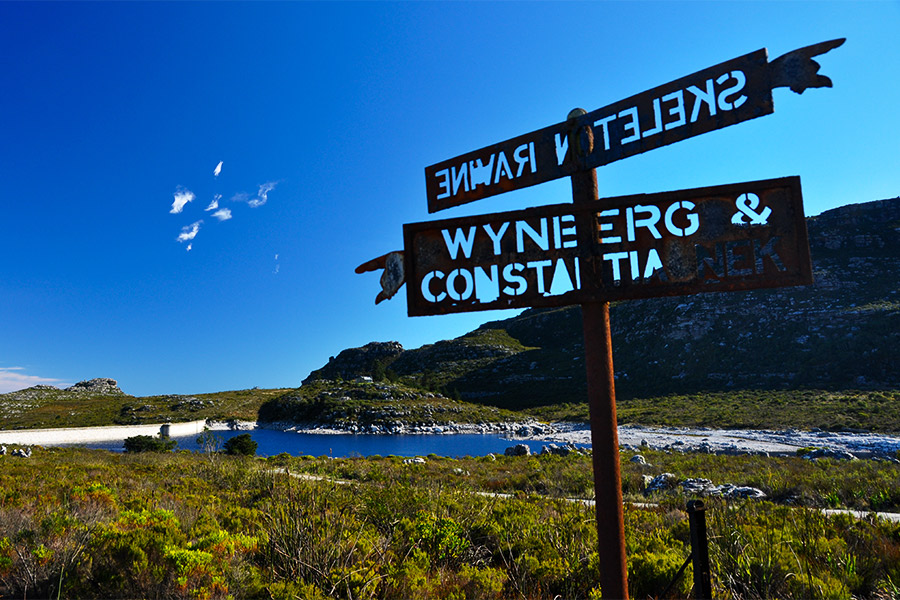 Birdlife thrives here, too, with southern boubou shrikes, Cape rock thrush and the ground woodpecker a common sight. Also scan the skies for the jet-black Verreaux’s eagles that can be seen soaring along the clifftops in search of the fat and furry rock hyrax, their favourite prey.

It’s a remarkable natural landscape, made all the more impressive for its location slap-bang in the heart of South Africa’s second-largest city. That central location puts the mountain – quite literally – on the doorstep for locals and tourists. And with easy access to myriad marked walking trails, it’s easy to step out and explore.

The most accessible trail, and certainly the most popular for tourists, is the ascent of Lion’s Head, the conical peak that stands apart to the north-west of Table Mountain. The path up is wide and well-trafficked, and you’ll have no trouble finding your way to the summit. Rather, in peak season and on evenings when the moon is full, you’ll find a queue of locals and tourists waiting to ascend the steel ladders that lead to the final summit. If you’d rather avoid the crowds, start early in the morning. 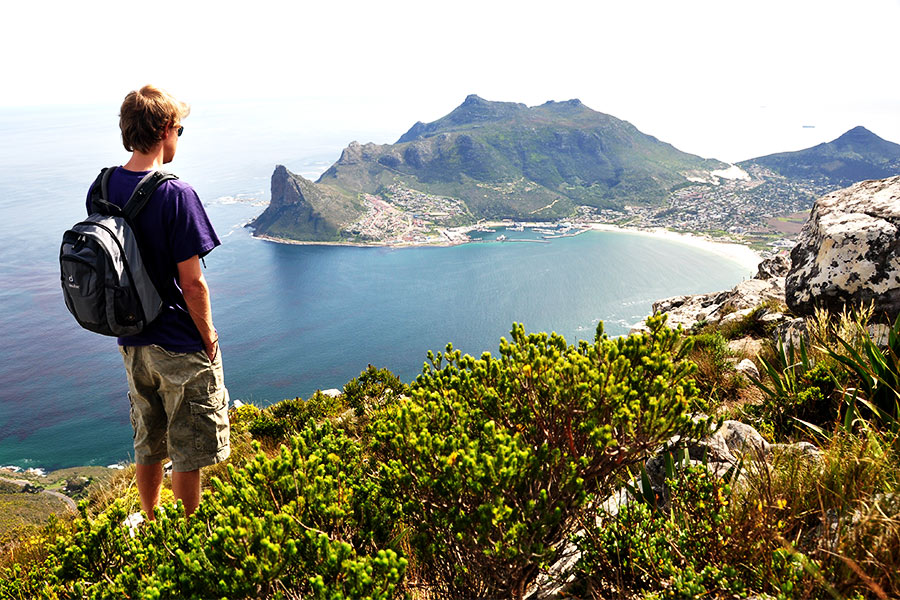 But also take a minute to discover the domed building set close to the start of the trail. This is one of 24 kramats in the city, marking the burial site of a Malay spiritual leader exiled to the Cape in the early days of the Dutch colony. Today, they are revered as some of the city’s holiest Islamic sites and form an indelible part of the city’s cultural landscape.

While Lion’s Head offers remarkable views, you shouldn’t leave without exploring the main massif of Table Mountain. Of course, you could always take the scenic aerial cableway to the summit, but that would be cheating, wouldn’t it?

For a short and sharp ascent, tackle the stone steps of Platteklip Gorge. In May 1503 Portuguese navigator António de Saldanha made the first officially recorded ascent of Table Mountain, and it’s likely he made use of this easily accessible gorge. It’s the most direct route to the mountain’s high point at Maclear’s Beacon, but is best tackled in the morning when the path up is largely in shade.

But on the Atlantic-facing side of the mountain, beneath the 12 or 18 peaks (depending on which parts you count) known as the Twelve Apostles, Kasteelspoort offers a more adventurous route to the farther reaches of the mountain plateau.

Not the first place you’d expect to find a dam / Image: Richard Holmes

After a short distance along the Pipe Track – an excellent option for a leisurely, mostly-level stroll – turn uphill into Kasteelspoort. As you crest the summit, a surprise awaits: five large dams built at the turn of the 19th century to supply Cape Town with water. In fact, when completed in 1897 the Woodhead Dam was the first large masonry dam built in South Africa and is today designated as an International Historic Civil Engineering Landmark.

Another route to the top climbs through the indigenous forests on the eastern slopes of the mountains. Visitors often overlook the path up Skeleton Gorge, but it’s a local favourite that offers one of the loveliest ascents of the ‘Back Table’.

A well-marked path meanders up through the lush forest, where the boughs of Yellowwood, Stinkwood and Wild Pear tower above. It’s cool even on the warmest days, with tumbling waterfalls and a lively stream along the way. In summer, the Aqueduct Trail on the summit is well worth the diversion, as the streams and mossy overhangs are filled with the bright-red Disa uniflora, one of the 80 species of wild orchid found across Table Mountain. 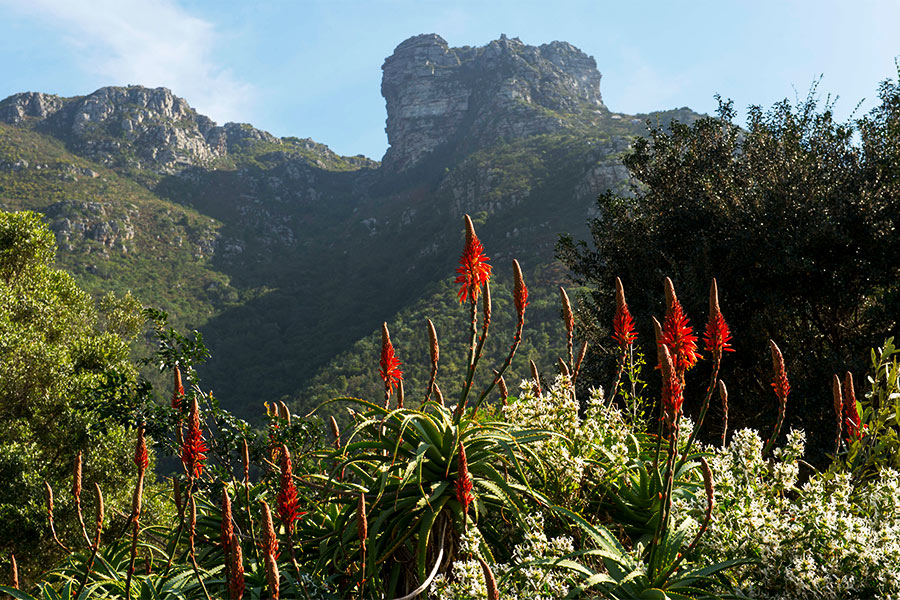 Some of the glorious flora in Kirstenbosch National Botanical Gardens / Image: Getty Images

The best return route is via Nursery Ravine, adjacent to Skeleton Gorge and clearly sign-posted, which delivers you straight into the lush embrace of Kirstenbosch National Botanical Gardens

Established in 1913, today Kirstenbosch is one of the world’s most renowned botanical gardens, focused on celebrating and conserving South Africa’s fynbos and indigenous forests. Easy-to-follow paths meander through themed plantings beds and permanent displays, while the wide lawns are a popular picnic spot for locals. Don’t miss the remarkable conservatory that showcases the diversity of South Africa’s succulents and desert-adapted plants, and the Boomslang treetop walkway for its remarkable forest and mountain views.

But in truth, in Cape Town it’s never hard to find a great view of Table Mountain. Whether you’re exploring the inner city or kicking back on the beach, simply glance up and admire the remarkable slopes of the mountain in the sea.