Hawaii has Waikiki, Australia has Bondi and Senegal has Ngor, which has taken its place among the world’s surfing meccas 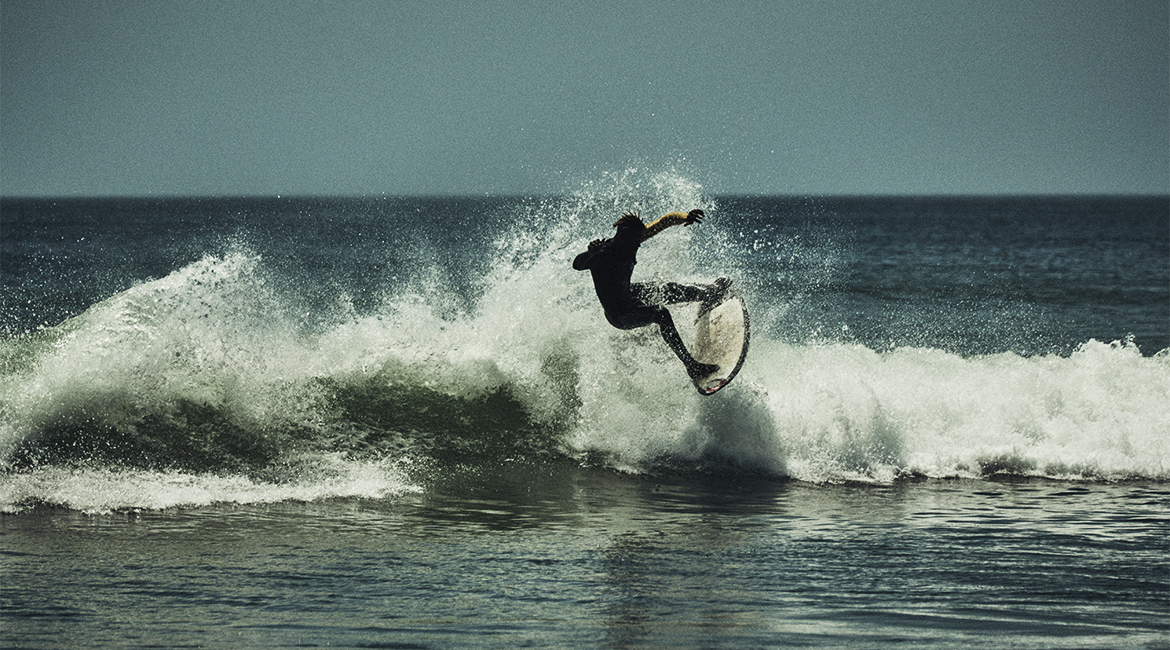 Surfing at Secret Spot / All images by Dave Imms 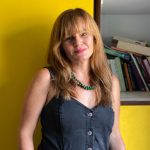 Ricci is an American photographer working and living in Senegal. Her clients include the United Nations, The New York Times and The New Yorker.

When she was a child, Khadjou Sambe would look out from the doorway of her home in Ngor, a waterfront district on the fringes of Dakar, envying the young men riding the Ngor Right, a powerful wave made famous by the 1966 surf film The Endless Summer. “Each time I saw them, I asked myself, where are the Senegalese girls?” she says. “Why couldn’t I go out there?”

In 2013, at the age of 17, Sambe answered her own question and began surfing at nearby Yoff Beach. “The first time I stood up on a board, it was extraordinary,” she recalls with a smile. “It’s something you feel in your heart. I yelled out the first time I was able to stand up because I didn’t think I could do it.” In 2018, she turned pro. 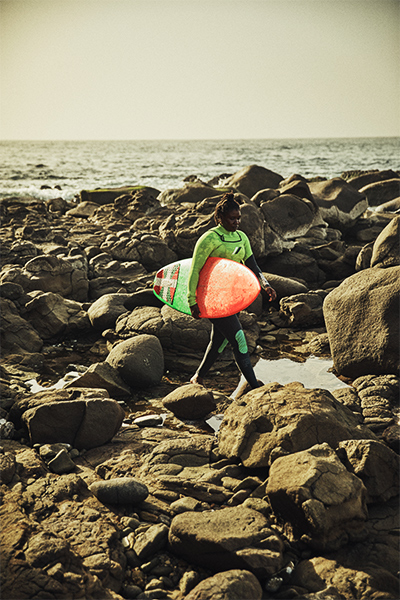 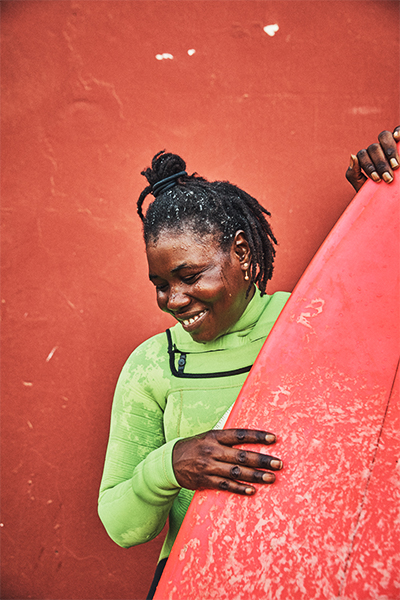 Sambe never gets board with surfing

Today, Khadjou is still Senegal’s only pro female surfer, but thanks to the efforts of the group Black Girls Surf, she probably won’t be for long. Launched in 2014 by American surf coach Rhonda Harper, Black Girls Surf operates a club on Yoff Beach that trains girls and boys between the ages of 8 and 13. The kids go to school for half the day, the fees paid by Harper and Black Girls Surf, and then surf the rest of the day.

Harper, who began her organisation in California but has now expanded to Jamaica and West Africa, believes the region is ripe for her enterprise because the surf scene is relatively small, with a lot of room for growth. “South Africa has a professional surf culture, but you don’t see that in West Africa,” she says, “and when you do its mostly male dominated.” 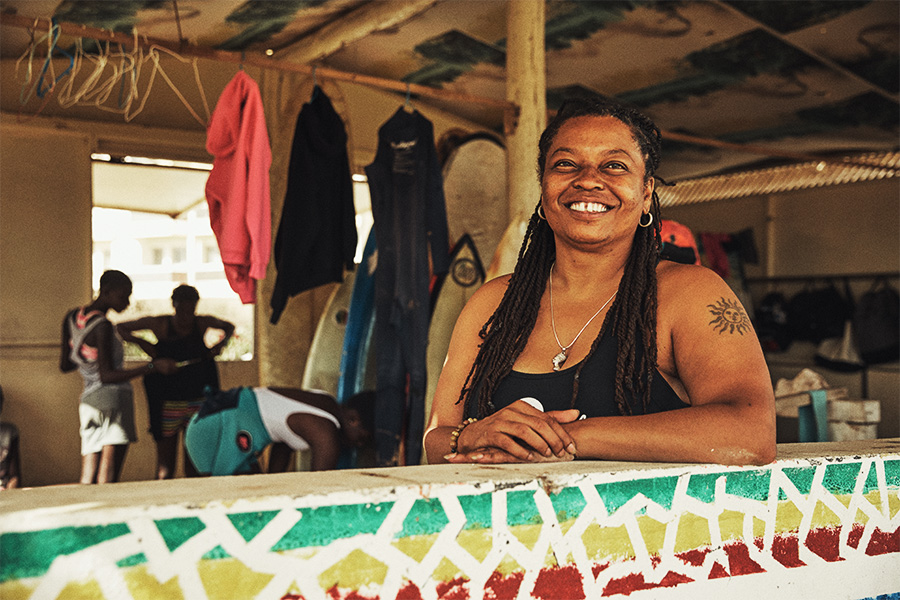 At first, Khadjou hid her surfing from her parents. As the oldest girl in the family, she was expected to work and take care of her extended family. They were also not comfortable with her spending so much time among so many men. “Because I was the only girl surfing, my family was a little scared,” she says. “They thought things might happen to me.” The societal pressures were equally daunting. “I would think a lot about what people were thinking of me. That’s why I’m still a little shy. That really messed with my head and my heart.” In the end, though, the call of the waves proved to be the most insistent voice of all. “The surf is in my heart,” Khadjou says. “I have to continue.”

Jutting out into the Atlantic on Senegal’s West Coast, Dakar is at the westernmost point in Africa. The city’s peninsula location means it has a variety of beaches providing access to both north- and south-facing coasts, which produces a wide variety of waves, including the legendary Ngor Right. The weather, too, is a big draw for visiting surfers. In Dakar, the sun shines all year long. Even during rainy season (July to October), it will only rain for a couple of hours a day.

And in Dakar, as everywhere, along with the surfers comes the cool and colourful beach-bum lifestyle – to an extent, at least. Here, the laid-back vibes have a particularly Senegalese flavour to them, with young men washing sheep alongside surfer-friendly oceanfront restaurants like Secret Spot, and local women hawking fish off the grill beside dudes selling sunglasses. There is no denying, though, that Dakar’s growing popularity among international surfers is changing the look and feel of the place. 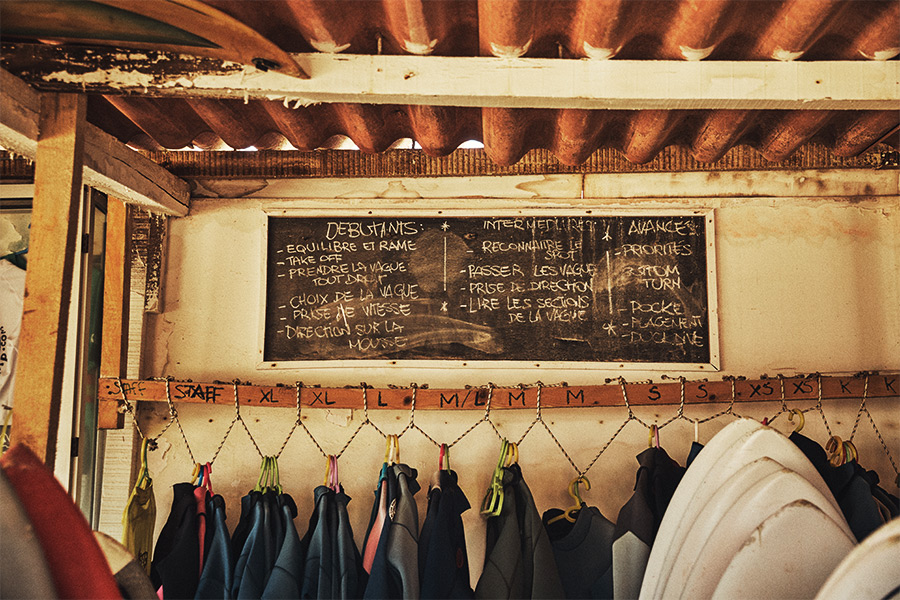 Behind the scenes at Malika Surf Camp

“Surfers here understand that it’s not just a sport but also a culture,” says Marta Imarisio, who along with her husband, Aziz Kane, runs Malika Surf Camp, a hugely popular spot in Yoff that provides lessons, accommodations, guides and gear rentals. But that culture extends far beyond baggy shorts and beach-side bars. “When you are a surfer, you respect the environment,” Imarisio continues. “There are a lot of surfers who have opened their eyes to how they can start helping  – by educating people about not littering the ocean and not using plastic – because they are impacted by those things when they are in the water.”

Besides having a positive impact on the lenvironment, surfing has generated employment. During a recent Monday morning on Yoff Beach, Pape Diof, a 23-year-old trainer and board repair man at Malika, is inside a bright blue and white shack surrounded by boards, watching as the first few surfers trickle in to catch the early waves. “With what I earn here, I help my brothers and my parents,” he says, adding that he would like to have his own shop one day. And, as Imarisio sees it, the country is well placed to help him achieve his ambition. 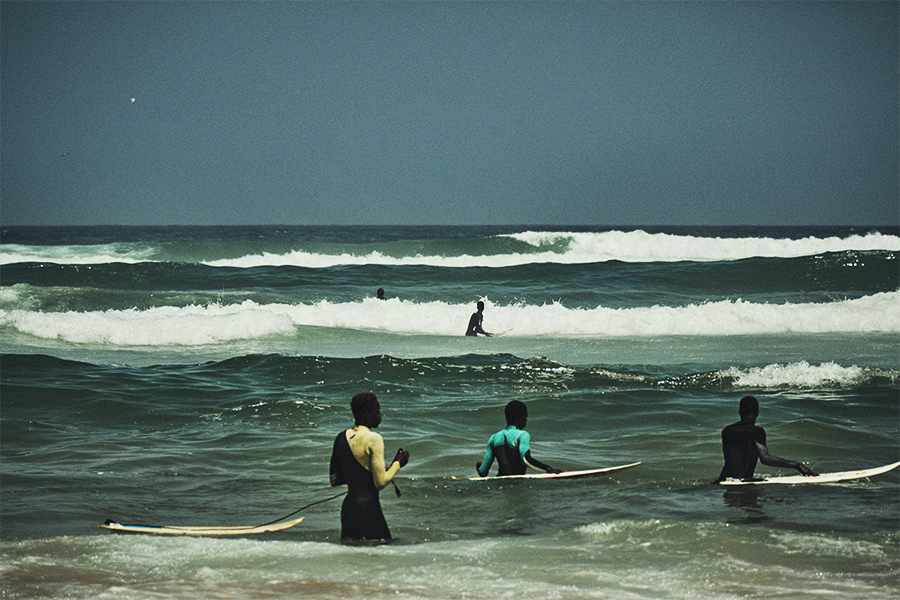 “More people understand that Senegal is not the Africa where you have lions and stuff,” she says, referring to the fact that surfing has become a big draw for visitors. “Senegal is the place to be if you want to find warm weather and not so crowded waves.” The country’s surf scene has come so far, in fact, that Dakar hosted the World Surf League Pro competition for the first time in 2019, and has been selected to host the Olympic Youth Games in 2026 (postponed from 2022, due to the pandemic), allowing 24 Senegalese surfers to compete across two events. Harper hopes some of the girls she is coaching might qualify.

For all the fantastic surf spots around Dakar, the local scene was born in Ngor, a former fishing community known for its tight-knit families and painted houses strung together by winding sandy roads. The small Ngor Beach is home to a few restaurants and hotels that look across the bay at Ngor Island, but the area has retained its sleepy, old-world feel. The island itself is car-free, with beach huts that serve grilled fish as waves lap their doors. It is accessible via a two-minute ride on a long boat painted blue, red and yellow, much like the traditional fishing vessels that sail from here each morning. 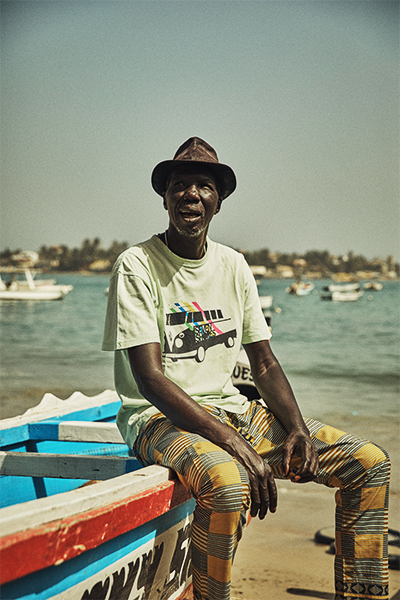 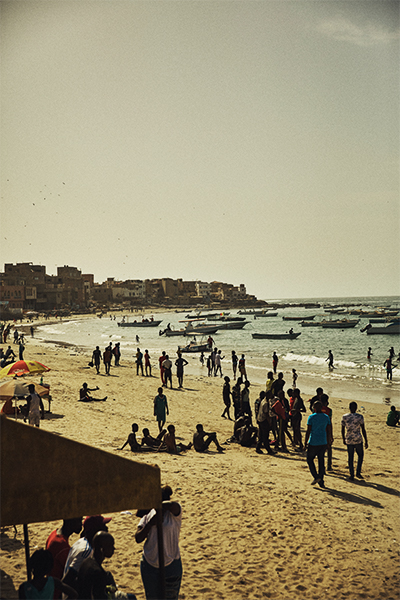 Ngor, where the Senegalese surf scene was born

One of the first people to start surfing in Ngor, back in the 1970s, was 54-year-old local Moustapha Ndiaye, a.k.a “Patina”. “There were not a lot of surfers then, because it’s expensive,” says Ndiaye, who was given his first board by a transplanted Dutch family.  “They lived on Ngor Island and they had seen Endless Summer, so they came here to surf.” One day, Ndiaye asked the family if he could borrow their board and the rest is Senegalese surfing history.

Ndiaye’s experience follows a familiar pattern. Among the many locals who caught the surfing bug from visitors – or who inherited gear from them when they left – is Malika Surf Camp co-owner Aziz Kane, who started surfing three decades ago in his hometown of Malika, just up the coast from Dakar. He recalls being the only surfer in his town, having picked up the sport from European friends. 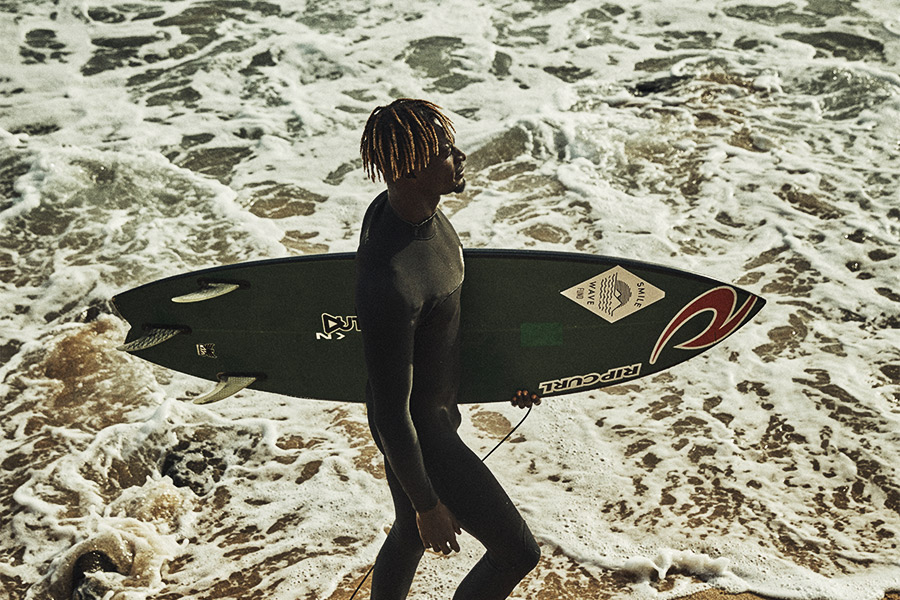 Cherif Fall, one of Senegal's most successful surfers

Out of this ragtag early community arose figures like Cherif Fall, who is one of the country’s most successful surfers and has won the Senegalese Surf Championships every year for the past decade. Fall, who is also from Ngor, started surfing in 2008, at the age of 11. “At first, my parents didn’t want it because I wasn’t getting good grades and they thought it was because of my surfing,” he recalls. With the help of his manager Omar Seye, Vice President of the Senegalese Surf Federation, Fall excelled at the sport and his parents relented.

Now, with an increasing number of local kids getting involved in the sport, it seems inevitable that many more champions will follow. For Seye, who also owns the Surfer’s Paradise restaurant and surf shop, this fact should come as no surprise. “We only know the sea,” he says of the people here. “Even if we go away for a long time, we always come back.”

Senegal's surf stars of the future